As per the inauguration stone affixed on the building of the court of District and Sessions Judge, Gurdaspur, this court was inaugurated on 11 December 1926 by Hon´ble Sir Shadi Lal, Chief Justice, Hon´ble Lahore High Court.

Gurdaspur was founded by Guriya Ji at the beginning of the 17th century. On his name, this city was named Gurdaspur. He bought land for Gurdaspur from Jats of Sangi Gotra. It is also established that some people used to live in huts in the old city. Guriya Ji a Sanwal Brahmin of Kaushal Gotra belonged to a village Paniar situated 5 miles north of Gurdaspur. The ancestors of Guriya Ji came from Ayodhaya a long time ago and settled in Pannier. Guriya Ji had two sons Sh. Nawal Rai and Sh.Pala Ji. The descendants of Nawal Rai settled in Gurdaspur Nawal Rai’s son Baba Deep Chand was a contemporary of Guru Gobind Singh Ji. It is believed that Guru Gobind Singh Ji gave the title of Ganj Bakhsh (Owner Of Treasure) to Baba Deep Chand. The descendants of Baba Deep Chand are known as Mahants.
Little is known about the ancient history of the district except for a few antiquities like the rock temples at Mukheshwar Gurdaspur along with its neighboring districts was the same of the exploits of Alexander, who came up to River Beas in his grand design of world conquest. He fought a grim battle with the Kathaians at Sangala which is located near Fatehgarh in Gurdaspur. 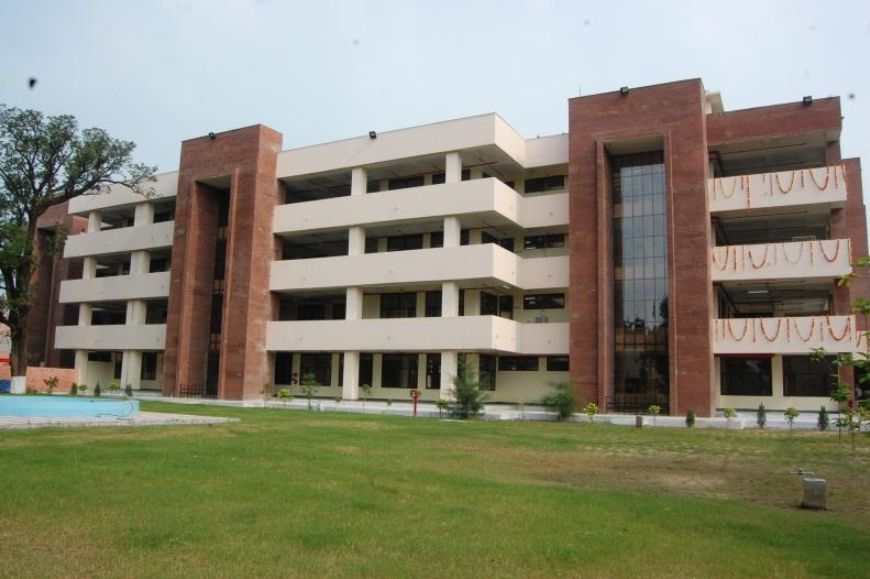 From the latter half of the 10th century up to 1919 A.D this district was ruled by the Shahi dynasty under Jayapal and Anandpal. Kalanaur in this district was the most important town during the period of Delhi Emperor from 14th to 16 the century it was twice attacked by Jasrath Khokhar, once after his unsuccessful assault on Lahore in 1422 and again in 1428 when Malik Sikander marched to relieve the place and defeated Jasrath It had that Akbar was installed by Bairam Khan on a throne on Feb 1556. The missionary, platform which still exists about a kilometer and a half to the east of the town is the actual spot upon which his installation took place.

In the decline and fall of the Mughal supremacy and the rise of the Sikh power, this district saw its most stirring scenes. Some of the Sikh Gurus have been closely associated with the district. Guru Nanak Dev Ji, born in 1469 in the Lahore district, married in 1485 to Sulkhani, daughter of Mool Chand, a Khatri of Pakhoke (Dera Baba Nanak) in the Batala Tehsil. There is still a wall known as Jhoolana Mahal which swings in Gurdaspur. The Sikh Guru Hargobind Ji refounded Shri Hargobindpur which had been formerly known by the name of Rahila. Banda Bahadur, the disciple of Guru Gobind Singh Ji used this district as a base to raid the country up to Lahore, the emperor Bahadur Shah conducted an expedition against him in 1711 but with only temporary effect. Banda Bahadar fought his last battle with the Mughal at Gurdas Nangal in the district and was captured. The history of the district then degenerates into an account of their struggles of the rival Ramgarhia and Kanhaya Misals for supremacy in this part of the Doab, the power of the former was broken in 1808 and of the latter in 1811 by
Maharaja Ranjit Singh, who thus assumed way over the whole district. Dinanagar, with its pleasant mango gardens and the running canal, was a favorite summer residence of the lion of Punjab, who when not elsewhere engaged used to spend here the two hot weather months of May and June.

During the partition of India in 1947, the future of Gurdaspur could not be decided for many days. As the majority of the population of this district was Muslim. REDCLIFF Awards of Boundary transferred only Shakargarh Tehsil Of Gurdaspur district to Pakistan, and the rest of the district was transferred to India. The Muslim population of the district migrated to Pakistan and refugees, the Hindus and the Sikhs of Sialkot and Tehsil Shakargarh migrated to Gurdaspur after crossing the Ravi bridge. They settled and spread in the Gurdaspur district.

When it comes to the selection process, the candidates have to take up a written exam / Interview. Selected candidates will be paid a handsome salary (as per Govt rules). The type of questions that are asked in the technical interview round differs from one position to another. There are multiple steps for the selection process for the posts of Stenographer, Clerk, Peon, Process Server, Gardner, Chowkidar, Liftman, Sweeper, Watchman, Chauffeur, Cook, etc. in the Gurdaspur  District Court. The procedure is as follows

We advise to you for other Gurdaspur Court Recruitment 2021 and selection process please read given official recruitment notification carefully before apply.

Know the current status of your case by Return SMS

Important: Case Number Record (CNR) is a unique Identity Number of each case, which remains constant. All the Advocates, Litigants, and stakeholders are requested to ascertain the CNR of their respective cases from the concerned Courts and to refer the same for all future references.